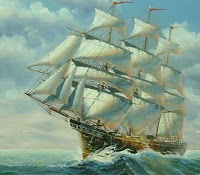 Pete Rose is arguably one of the most famous baseball players of our time. Here in Minnesota, we're all about Joe Mauer and his batting titles, but Rose in his heyday made Mauer look like a minor leaguer. According to Wikipedia, Rose is the MLB leader in "hits (4,256), games played (3,562), at-bats (14,053), and outs (10,328), with three World Series wins, three batting titles, one MVP Award, two Gold Gloves, the Rookie of the Year Award, and 17 All-Star appearances at an unequaled five different positions (2B, LF, RF, 3B & 1B)".

However, none of that mattered in 1989. Rose had retired from baseball in 1986, but unfortunately, it came to light that during his years as a player and manager for the Cincinnati Reds, Rose had placed bets on his team as high as $10,000, always picking the Reds to win. It was felt that a player betting on baseball, even in favor of his own team,"jeopardized the integrity of the game". Rose was banned from baseball and put on the "permanently ineligible" list. He did not openly admit to the allegations until 2004. A career that should have been enshrined long ago in Cooperstown was permanently disgraced.

Joseph Conrad wasn't around to see what happened with Pete Rose, but the main character of his 1900 novel, Lord Jim, would have completely understood the pain associated with making a major mistake in your professional career that would taint the rest of your life. Jim is a regular guy who turns to a life on the sea as his trade. Jim is loving life as the chief officer of a boat called the Patna until one night when things go terribly, horribly wrong. The boat hits an underwater wreck and begins to fill with water. Jim prematurely panicks and jumps ship along with the other crew members, arriving back on land only to find the ship didn't actually sink and he is now under investigation for deserting his post. He is prohibited from ever being a ship captain again. Utterly humiliated, Jim hops from one menial job to the next, always skipping town whenever the Patna comes up in conversation. He is finally given an opportunity to start completely over in a small tribal community, where he is revered by the locals with the title of "Lord" Jim, until the day when trashy white sailors arrive on the island and threaten everything Jim has tried to escape. He is given a chance to redeem himself for his past and prove that he is not the coward he has been branded as.

I have found over a lifetime of reading that there are some books out there that you can coast through without having to read every word deliberately, yet still be able to follow the the story. And then there are books so wordy and dense that you feel like you have to crawl into a deep, dark, non-distracting hole for about a month in order to even find the story. Unfortunately, Lord Jim was one of the latter books for me. Conrad takes basic sentences like "the sky is blue" and turns them into a page-long paragraph, semi-colons, run-ons, and adjectives aplenty. I found myself re-reading sentences just to make sure I got every word, and then going, "Geez, was THAT all he was trying to say??" Someone should have let Conrad know that he could have bored a hole in himself any time and let the adverbs out.

The take home message? If you love what you do for a career, don't make the one major mistake that will screw it up forever. And if you decide to pick up Lord Jim, find your deep, dark, non-distracting hole in advance.