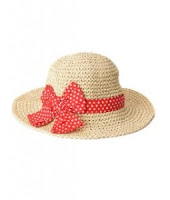 "For those who like that sort of thing," said Miss Brodie in her best Edinburgh voice, "that is the sort of thing they like."

The age-old concept of 'teacher's pet' runs amok in Muriel Spark's novella The Prime of Miss Jean Brodie, a short and enjoyable read. The liberated, outspoken and self-obsessed Miss Brodie is a teacher in her prime of life at a girls' school in 1930's Scotland, where she selects six impressionable ten year-old girls to be part of her 'set'. Instead of teaching them the usual school subjects like math and social studies, Miss Brodie tells the girls about her love affairs, her support of Fascism, and her conflicts with the other teachers at the school, which as you can imagine goes over very well with the conservative school administration. It is hinted at several times during the book that the principal, Miss Mackay, is looking for a reason to get rid of Miss Brodie, and hopes one of the six girls might provide her with that reason. The story follows Miss Brodie's continuing attempts to control the lives of her girls into their teenage years, trying to make them fit the roles she has cast them for even after she is no longer their teacher. The plotline moves seamlessly back and forth from the present time into the future, so we can see how Miss Brodie's girls 'turned out'. None of them really seem to become the 'creme de la creme' that Miss Brodie was grooming them for.

The six girls are typecast from almost page one. Rose Stanley is 'famous for sex', although she never does it. Monica is well-known for doing math in her head and getting pissed off. Mary is picked on constantly as the scapegoat. Eunice is the athletic one. Jenny and Sandy, best friends, write fictional tales about Miss Brodie's romantic escapades. We are told that one of these girls eventually betrays Miss Brodie to Miss Mackay, which results in Miss Brodie's firing and eventual downward spiral.

Miss Brodie also makes the mistake of getting involved with a teacher at the school, a one-armed art teacher named Mr Lloyd, who is married. His frustration in not being able to be with Miss Brodie results in his becoming involved with the six girls by painting them (all with Miss Brodie's face). Miss Brodie selects Rose to begin an affair with Mr Lloyd, but he chooses instead to become involved with Sandy, which goes against Miss Brodie's evil plan. Because Miss Brodie cannot have Mr Lloyd, she begins an affair with another teacher, Mr Lowther, whom she does not love but who loves her. When he cannot have her, and their affair becomes public knowledge when she leaves her nightgown under his pillow and it is discovered by the maid, he marries another teacher at the school.

I liked this book, but was sort of disappointed in the ending. The front cover of my book says that this book (printed in 1970) was now a "devastating movie". So I guess I was expecting Miss Brodie to do something dramatic and self-serving like shoot one or all of the girls, shoot one of the male teachers and/or herself, or blow up the school, especially after she tells the girls that the only way the school will get her to leave is if they assassinate her. They did keep mentioning that jar of gunpowder in the science room....hmmm. Maybe I have too vivid of an imagination. :)

A quick, quirky read with some slightly humorous parts. Recommended if you have nothing else on your TBR list.