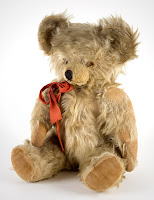 "I should like to bury something precious in every place where I've been happy and then, when I was old and ugly and miserable, I could come back and dig it up and remember."

Brideshead Revisited is the reminiscence of Charles Ryder, a British military captain stationed in England during World War II. As his platoon is moved through the British countryside, they end up at Brideshead, a mansion no one is familiar with except Charles, who makes up for all of them by not only knowing of Brideshead intimately, but also knowing the family who used to live there. Arriving at Brideshead brings up Charles' memories of the past and the Marchmain family.

Charles meets Lord Sebastian Flyte, the son of Lord Brideshead, at Oxford, where Charles is studying to be a painter. Sebastian is wealthy, happy-go-lucky and irreverant, and introduces him to the 'wrong' group at Oxford, which includes Anthony Blanche, an all-out homosexual, and Boy Mulcaster, who will be his future brother-in-law. Sebastian becomes a very different person though, when he brings Charles home with him to stay at Brideshead. He is very close-lipped about his family, drinks a lot, and is also resistant to his family's Catholicism. The Marchmain family, consisting of the separated Lady Marchmain, his two sisters Julia and Cordelia, and his older brother 'Bridey', welcome Charles into the family, and Lady Brideshead tries to enlist Charles' help with Sebastian's alcoholism. Charles refuses, and continues giving Sebastian money to drink, although Sebastian is convinced that his family is turning Charles into a spy. Sebastian is eventually pulled out of Oxford, and Charles quits Oxford as well to attend art school, where he becomes an architectural painter and makes his living on the decay of the British aristocracy by painting all of the grand old homes before they are sold or torn down.

Fast forward several years. Charles' painting career is on the rise and he is married to Celia, Boy Mulcaster's sister. They have two children and Charles knows that Celia has already had indiscretions with other men. When he arrives back in New York after painting jungle ruins, he and his wife board a ship to take them back to England. On board is none other than Julia, Sebastian's beautiful sister, who is also struggling to escape a loveless marriage to an unpopular politician. Charles and Julia begin an affair, which is soon known by all but is not looked on favorably by Julia's Catholic family. Charles and Julia plan to divorce their respective spouses to marry each other. This plan proceeds until the elderly, ailing Lord Marchmain returns to Brideshead to die. Religion having always been a sticking point between the Catholic Julia and the agnostic Charles, Lord Marchmain's death returns Julia to her religion, and she gives up Charles so that she will no longer live in sin. In the end, when Charles re-visits the chapel at Brideshead during his military stay, there is some intimation that Charles may have taken on Catholicism too.

I have to say that I was very disappointed in this book. Those of you who loved it, go ahead and blame it on the circumstances of my cat Frank's unhappy passing last week and the ensuing depression that followed. Besides wondering why there are so many drunks named Sebastian in 20th Century literature, I kept waiting for the story to take off, and to me it never really did. The most interesting characters, Sebastian and Anthony Blanche, almost completely drop out of the story by the middle of the book, and even Lady Marchmain dies pretty early on. Call me a purist, but I can never really root for characters who cheat on their spouses, so Charles and Julia lost my sympathy too.

On the Catholic angle. I read that Evelyn Waugh was a Catholic convert, and his conversion obviously meant a great deal to him. It was interesting to me that Waugh has several of his main characters converting to Catholicism by the end of the book. These conversions all seem to happen as a result of a major life change. Sebastian goes to live with monks abroad when no one else will take him in, and Julia is reconciled with the Church when her father dies. Lord Marchmain is converted on his deathbed when he receives the Last Rites. Charles himself even comes around to the Catholic faith at the end, most likely because of losing Julia, when he kneels in the Brideshead chapel and prays.

Interestingly enough, I am also in the middle of watching the movie version of Brideshead, with Emma Thompson playing Lady Marchmain. So far, excepting a couple of scenes, the story has been fairly true to the book. The movie is playing up the possibly homosexual angle on Sebastian (which I guess never really occured to me when I was reading the book, but may have explained why he got depressed when Anthony Blanche left Oxford and why he stayed with the cripple Kurt) quite a bit. Sebastian is positively flamboyant in the movie. Julia also seems to be playing a more central role in the movie than she did in the book. She accompanies them to Venice to visit Lord Marchmain, which didn't happen in the book.

Overall, just okay for me. And this book didn't have a tough act to follow after Augie March.