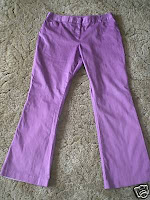 "You saying God vain? I ast.

Naw, she say. Not vain, just wanting to share a good thing. I think it pisses God off if you walk by the color purple in a field somewhere and don't notice it."

Alice Walker's The Color Purple is a wonderful story about two sisters and their separate travels through life. Celie and her younger sister Nettie are African-American women who endure violent and abusive childhoods at the hands of their stepfather. Celie ends up having two of his children, who are taken away from her. When a callous local widower, Mr _________ (or Albert as he's known later in the story) is refused by Celie's sister Nettie, Celie is married off to him instead to help raise his bratty children. When Albert continues his advances towards Nettie and she continues to rebuff him, he sends her away from their house, and Nettie goes to live with an African American missionary family who are unknowingly bringing up Celie's children. She writes Celie a series of letters about her travels with the missionary family to Africa, which Albert hides from Celie.

Celie meets up with two very strong African-American female role models while married to the unfeeling and bossy Albert: Shug Avery, an independent singer and sometime-mistress of her new husband, and Sofia, the wife of her stepson Harpo. Both women are resistant to the efforts of men to put them in their place. Despite her relationship with Albert, Shug and Celie become the best of friends. Shug and Celie find the hidden letters from Nettie, and this discovery, along with Shug's money and encouragement, prompts Celie to leave Albert and start her own successful small business making very comfortable pants for everyone to wear.

Eventually Albert comes around to realizing what a good thing he had with Celie, and learns to respect her and love her. Nettie makes it safely back to America with Celie's grown children, and all are reunited happily at the end.

I loved this book. It switched seamlessly between the uneducated rural African-American dialect of Celie, and the articulate, educated voice of Nettie. The love these women are able to feel for each other, along with Celie's loving relationship with Shug, is inspiring after all of the hardships they have endured. Being raped by a stepfather, married as a child bride to a cold and uncaring man, and being separated from children would be experiences that would embitter even the best of us. But Celie manages to show strength of heart and spirit, as well as courage, despite this.

The typical polarities of white vs black, women vs men, Christian vs heathen, and traditional vs modern roles for women are all portrayed well and with sensitivity. There are some truly humorous parts to this story, which I didn't expect but thoroughly enjoyed. Never once did I feel that Walker was proselytizing me into a corner with her views. The passages about God in particular were simple and beautiful.

I was truly amazed and sorry to see that this book wasn't on the Modern Library list. I enjoyed every page and wished there was more at the end, which I really haven't for about the past five books I've read on the ML list. It was truly deserving of both book awards it received.

In closing, I would probably read more Pulitzer Prize winning books than I would National Book Award winners, based on my experiences from the Battle of the Prizes (American Version) Reading Challenge. I loved Angle of Repose, but wasn't that crazy about Augie March.