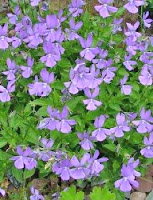 “Take an old man’s word; there’s nothing worse than a muddle in all the world. It is easy to face Death and Fate, and the things that sound so dreadful. It is on my muddles that I look back with horror—on the things I might have avoided. We can help one another but little. I used to think I could teach young people the whole of life, but I know better now… ‘Life’, wrote a friend of mine, ‘is a public performance on the violin, in which you must learn the instrument as you go along.’”

One of my favorite movies is While You Were Sleeping, a hilarious romantic comedy starring Sandra Bullock. It tells the story of a woman who falls in love with a stranger she sees everyday from afar, but has never officially met. Their lives collide when she comes to his rescue when he is attacked at a subway station, and while he is in a coma, is mistaken for his fiancée by his family. Bullock’s character, Lucy, is without any family in the world, and she is taken in as one of their own by Peter’s family. Because she is so happy to finally be loved and be part of a family, she doesn’t correct their assumption about her relationship with their son, figuring as long as he’s comatose no one will know the truth, but the weight of lying to his very loving family begins to weigh on her conscience….especially when she begins to fall for Peter’s brother Jack. Things get complicated when Peter regains consciousness and actually proposes to her. Lucy realizes that she must come clean with everyone before making the biggest mistake of her life. If you haven’t seen it, rent it now.

E.M. Forster’s novel, A Room With a View, reminded me so much of this movie, because the two main characters are both named Lucy and both struggle with the impact of telling lies to their friends and family. Forster’s novel begins in Florence, Italy (ironically where Lucy from While You Were Sleeping wants to go on her honeymoon), where we meet young, innocent Lucy Honeychurch and her maiden lady chaperone, Charlotte Bartlett. The ladies have just arrived at an Italian pension and are distressed because they were promised rooms that would have a view of the Arno River. They’re overheard by an older man, Mr Emerson, who agreeably offers to switch rooms with them, since a view doesn’t matter as much to him and his quiet son, George. This is agreed upon, and Lucy and Miss Bartlett become intimately involved from this act with the Emersons (who are thought unsuitable) and the other pension guests: the annoying parson Mr Beebe, the radical author Miss Lavish, and later, another self-obsessed parson, Mr Eager. Lucy is portrayed as a woman with her own thoughts and feelings, and is not as conventional as those around her would prefer. She gets into trouble when she goes sightseeing alone, and witnesses a murder in the Piazza, but luckily faints into the arms of the erstwhile George, who falls in love with her at that very moment. When he kisses her on an outing into the hills, which Charlotte witnesses, both women flee Florence for Rome, where Lucy meets the stuffy, insufferable Cecil Vyse. He proposes to Lucy three times, and she finally accepts on the third occasion, even though her family and most of her neighbors hate him because he is a snob and hates people.

Back in England, at the Honeychurch home at Windy Corner, Lucy discovers that Cecil has arranged to let a cottage in town to none other than the Emersons. George befriends Lucy’s brother Freddy, and as they spend more time together, Lucy begins to warm up to George, until the one day where George tells Lucy that she cannot marry Cecil because 1)Cecil’s a snob and hates people, 2)Cecil doesn’t allow Lucy to have her own thoughts and feelings and is trying to brainwash her, and 3)George loves Lucy and knows she loves him too. He kisses her again. Although Lucy lies to George about her feelings for him, later that night she breaks off her engagement with Cecil because she knows George is right about him. She then lies to her family, telling them there is no one else she is more interested in, and that she wants to go traveling in Greece, instead of admitting she is trying to escape George. Plans are set in motion for her to go to Greece when she discovers that the Emersons are moving away so that George can get away from her. He does not know the engagement is over. On her way out of town, Lucy meets up with Mr Emerson, whom she initially lies to about going to Greece with Cecil, but then breaks down and tells him about the end of her engagement. Mr Emerson encourages her to go find George so they can be together, and that telling lies and making big mistakes is the worst part of life. The book ends with her marrying George and having her whole family pissed off that Lucy lied to them instead of just being honest. Like Lucy in While You Were Sleeping, Lucy Honeychurch's honesty with herself in the end brings her love.

I have to admit that although I liked A Room With a View, it wasn’t the page-turner I think it could have been. I expected to blow through this book in three days, but it took almost two weeks. The last 1/3 of the book was really good, but for me, the middle 1/3 dragged horribly. Up until George moved to Windy Corner, it was seriously boring, partly because I hated Cecil, and partly because Cecil was making Lucy boring. I also have to wonder if all clergymen in 19th /early 20th century England were as stuffy and pompous as they seem to be portrayed so frequently in classic literature. Jane Austen, I believe, wrote the book on irritatingly proper and self-centered country parsons— I hate Mr Collins from Pride and Prejudice more than anything. I just have a hard time believing that men of God, who are ostensibly supposed to love all God’s children, could be so obsessed with money and social status. But that seems to be how it was!

My heart also went out to Lucy’s character. Although it created a big mess, I understood why she wasn’t forthcoming with her feelings for George. She had Charlotte telling her that he was a socialist, and the negative feelings of the other pensioners in Italy towards the Emersons didn't help. I noticed that she seemed to warm up to George when her brother started to get along with him. Having Cecil’s thumbs-up when he arranged for them to be in Cissie Villa seemed to recommend them as well. She didn’t want to disappoint her mother, who initially seemed excited by her engagement to Cecil, but then at the end, is relieved when she calls it off. So in that sense Lucy was not the only one who was lying!

Not my favorite of the list so far, but definitely not the worst. Here's hopin' the other Forster books upcoming will have a bit more drive to the narrative.