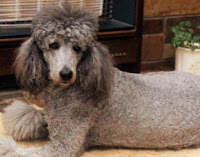 "These visions of herself seemed beautiful to her, her childish existence seemed beautiful; the storms and tempests of her girlhood seemed beautiful; even the great sterile expanse of tedium when, after giving up a scholastic career, she had served for two years in the shop--even this had a strange charm in her memory.

And she thought that not for millions of pounds would she live her life over again."

I’ll start out by saying this about Arnold Bennett’s The Old Wives’ Tale: if you have ever been a wife, a parent of a ungrateful teenager, or you just love family sagas, you will love this book with a capital L. This was exactly the type of book I hoped to encounter by reading the Modern Library’s list: a book I had never heard of, would never have picked up by chance, and an engrossing story. It makes wading through all the Maguses and Ginger Men worthwhile.

In The Old Wives’ Tale, we are introduced to the well-to-do Baines family, who live in a small town in England and run a successful drapery shop there. Mr Baines, the head of the family, suffered a stroke when his daughters were small that paralyzed the left half of his body. He spends the day in bed being tended to by various members of his family. His wife runs the shop and manages the family. The Baines daughters, Constance and Sophia, couldn’t be any different. Constance is a people-pleasing, non-ambitious model daughter who enjoys working in the shop, but her sassy younger sister Sophia is busting at the seams to get out of the drapery business.

Sophia wants to be a teacher, but changes her mind when she meets Gerald Scales, the Dirtbag of all Dirtbags, and elopes with him to Paris to spend his inheritance. They go through the money in about three months, and then Gerald deserts Sophia. She rises to the occasion though, becoming a successful pension owner in Paris during the war. Dependable Constance stays in town to inherit the drapery store, marry its chief assistant, Samuel Povey, and raise the most self-centered, unappreciative son in the universe, Cyril. Both women outlive their husbands and meet again in their old age to live out the remainder of their lives together.

I loved, loved, loved this book, start to finish. There were enough twists and turns that you never knew what would happen next, or like me, you tried to predict it and ended up wrong. Both women were likeable, strong, sympathetic characters, neither of whom had remarkable lives, but Bennett makes their stories compelling nonetheless. Sophia’s character was fascinating to me. She made the stupid mistake of picking the wrong man, but found the inner strength to make lemonade out of lemons without sacrificing her pride and running back to her family. For the time period this book took place in, she was a thoroughly modern woman. Constance’s life was more run-of-the-mill; I would have loved to send Super Nanny to her house to help her put the smack-down on Cyril.

Enjoy this one. It’s my favorite so far.